No 2020 Olympic Games Bid For Toronto 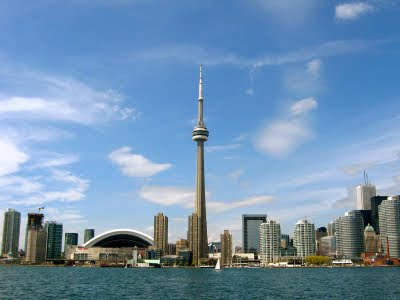 We learned today that there will be no bid for the 2020 Olympic Games for the City of Toronto.

News report on this from the CBC yesterday.

I have mixed feelings about all this.

As a life long athlete, and huge fan and supporter of many Olympic Sports, and as someone who counts a number of Olympic athletes as friends, including some medal winners, I am normally first in line to support the Olympic movement and the games. They could potentially be a great thing for Toronto, the GTA and sports in those areas and Canada. However, Toronto has been down this road before - twice, in fact and lost. Millions have been spent on two Olympic Games bids that the city ended up losing for the 1996 and then the 2000 Games. Each bid had big promises for large, and massive investments in city and sports infrastructure. City and sports infrastructure that was sorely needed back then, and is even more desperately needed now!

Would third time lucky be the way for Toronto? Hard to know. There seems to be as much opposition for these things in Toronto and the GTA, as there is support. No real surprise in the "No", response for the bid, from Toronto Mayor Rob Ford - this is a man that has no vision or plan for the city of Toronto other than eliminating "Gravy" at City Hall and balancing the city's budget. Support for this from Mayor Ford was DOA! Not sure what this Bid Exploratory Committee headed up by Bob Nicholson was thinking.

Another troubling bit of information is that while the economics of Big Games and sports events like the Olympic Games is much better today than it was for the disastrous money pit that the Montreal Games left( TV and ad revenue is much higher - in the $Billions and shared with host city & organizers), it's still not as rosy as people make out. The economic up-side, for sports events on this scale, are most often grossly over estimated. Politicians, promoters, and supporters of these events would do well to be honest with the public and advertise events on this scale, when all is said and done, as slightly better than break-even at best. The real up-side, studies have shown, is more the psychological boost and shot-in-the-arm-pride, that a region or a nation gets from hosting them. Think of the post-Vancouver Olympic Games buzz - although one wonders what the mood might have been had we lost that Gold Medal Hockey game!!

We tried twice, and lost. Should we try again for the Olympic Games? What do you think?

Posted by Steve Fleck at 2:02 PM No comments: 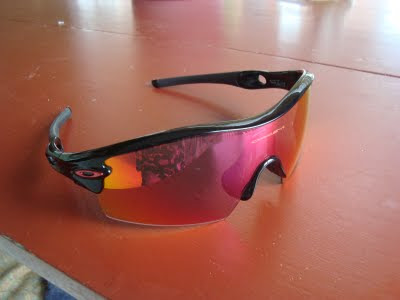 Not sure what it is about my facial structure or positioning, but I have found over the years that there is a very limited number of sport shield type eye-wear models and styles that actually works for me while on the bike.

Many of the more popular styles, while being well designed and looking great, work perfectly well when I am standing up, looking straight-forward, but when I start to bend over and get into the actual position I am in while riding, that's when the problems start. With many models and styles the top part of the frame starts to loom into view. When riding on the hoods on a road bike, this is often OK, as I can still get a good view forward. However, when I get down in the drops, often the top part of the frame is now directly in my field of vision. With these same glasses in the aero position on a TT/Tri bike, forget it - I am now looking over the tops of the frames!!

Some glasses that I have used over the years compensate for this by pitching themselves much higher on the face and the nose. This solves the top-part-of-the-frame-obstruction issue, but now if you look down, there is this massive, yawning gap down below with all kinds of reflective light coming in from below!

I recently acquired some Oakley Radar XL's . All problems solved - I am pleased to say. Vision is clear and unobstructed in all regular bike riding positions - including low TT/Tri positions. They hug the contours of my face, and there is little to no reflected light coming in from below. Plus the optical clarity is absolutely amazing - seems even better than my unadorned 50 year-old eyes! The world looks better with the Radars on!

It's hard tell, but the lens and frame on the Radar XL's are 7mm taller then the regular Radars. In the hand, and on the face they do look a little bit bigger, and someone told me they have a "retro" look to them. I didn't really care - I had found a sport shield that worked for me in all positions riding on a bike.

If you are having problems finding a sport-shield for riding, I would highly recommend the Oakley Radar XL. 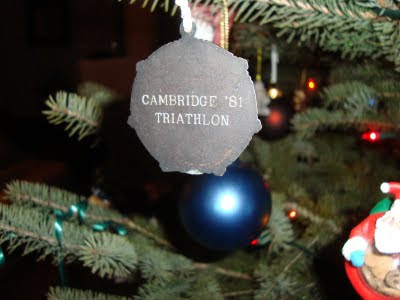 While doing the Race Announcing at the recent Re-Charge with Milk Triathlon Series events in Bala and Bracebridge, Ontario, both with their picture perfect race venues, I thought back to that first triathlon that I did in 1981, thirty years ago this summer.

I am not absolutely sure on this, but it may have been the first triathlon in Ontario. Back then there were not many - perhaps one a year. That was it. If others reading this know more, please feel free to chime in with your recollections.

Anyway, at both the Bala and Bracebridge races, the waters edge, the swim-finish, the transition zone and the start/finish are all steps from one another. That was the way it was, at the Cambridge Triathlon held in Paris, ON back in 1981.

At the time I was a distance runner who had experienced modest success through high school at the provincial and national level. In the summer I worked as a Lifeguard, and had OK swim technique and fitness, but was not really that fast in the water. Like any young person I could ride a bike, but at the time did not own one.

For the race I borrowed my next door neighbors rusty 10-speed Apollo road bike. That's 10 total gears - not just the cogs on a cassette!! However, I seem to recall that only three or four of the 10 gears worked properly!

Can't remember what I paid to enter the triathlon. I just know that I showed up and really had no clue what I was getting into. Some things never change, and like today, the big concern was what will I wear, and how will I deal with the changing clothing needs? I seem to recall swimming in a Speedo, then pulling on running shorts and my club running singlet in transition after the swim, plus my running shoes ( bike had platform pedals) and wearing that for the rest of the race. No helmets required for the bike!!

As I started off saying, the race venue was perfect, with a fresh-water lake swim in a conservation area near Paris, ON. We laid our bikes down on the grass at water's edge - that was the extent of the transition zone. The finish-line was drawn in chalk on a park road, not 10m from the waters edge.

Strangely I seem to recall few details of the race itself including the distances. My recollection was that the individual distances were similar to what is now considered a "Sprint" - so somewhere in the neighborhood of 750m swim/20k bike/5 k run.

The swim seemed to go on forever, and I was way behind. The bike went better and I passed many people. When I hit the run, someone shouted that I was "doing well" - whatever that meant. I was just happy to now finally be doing something that I did well! On the run I passed a number of other athletes, and I ended up third! The bronze medal pictured at the top is now a cherished Christmas tree decoration!

I was hooked. Problem was, as mentioned, there was only one or two triathlons a year back then, so I had to wait a whole year do do my next triathlon - which was the same Cambridge Triathlon. This time I was ready (making sure that the borrowed bike I had, had all 10 gears working!) - I won it that year!

Where and when was your first triathlon and what do you remember from it?