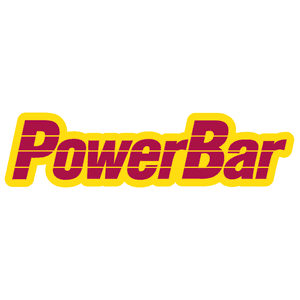 "Steve, I can't afford to buy an ad right now, but I can send you as many boxes of PowerBars as you like"!

And so began my relationship with PowerBar, and PowerBar founder Brian Maxwell. I was trying to sell Maxwell an ad in the magazine that I was working for at the time. We agreed on a volume of PowerBars that would be the "payment" for the ad, and Maxwell was good on his word, the shipment of PowerBars did show up, and I used them regularly for my training and racing for triathlons in the late 1980's.

It's hard to imagine these days, but PowerBar had humble beginnings. The products introduction also started up a whole new category of sports nutrition. Prior to PowerBar, "sports nutrition" for endurance athletes was water, Gatorade and bananas! Maxwell, a world class marathon runner, had struggled to finish a few marathons, due to what we now term, "bonking", or what in physiological terms is called hypoglycemia - what happens when you start to deplete, your bodies carbohydrate stores, that start to dwindle significantly beyond the 90 min to 2 hour mark, when working at a moderately high intensity. You can keep going, but you need to take in more carbohydrate to replenish those stores.

Maxwell had qualified for the ill-fated 1980 Canadian Olympic team. It was the pinnacle of his career as a distance runner. Unfortunately, he never made it to the Moscow Olympic Games due to the boycott. He took a job as the Track Coach at his Alma Mater, University of California, Berkley. Maxwell and his wife Jennifer Biddulph, a nutritionist started to think about and try and come up with solution to this issue of, what then was commonly referred to as, "hitting the wall" in a marathon or other long distance endurance sport, when the body starts to run low on carbohydrates and the blood sugar starts to drop. They started making and baking energy bars in their kitchen of their home in Berkley, CA. It took a while to come up with a formula and a composition that would be functional. Eventually they did. By 1986, and with $55,000 cash, they started PowerBar!

It was a tough go, as many business start-ups are, particularly because, as noted, it really was a whole new category. There were many skeptics. A key strategy, was to get as many athletes, to try the PowerBars  - thus, the using of the PowerBars themselves as currency to "pay" for advertising, marketing and sponsorship opportunities. They gave away, a lot of PowerBars in the early years, and really launched as well, the whole business of experiential marketing  - try-this-ounce-and-you-will-then-be-a-customer! PowerBar and Maxwell also pioneered the concept of, "photo contingency sponsorship" - they would sponsor athletes, and then pay that athlete, either in cash or early on, in more PowerBars(!), only when they would get photo logo exposure in magazines and other media!

FYI - The PowerBar logo colors, that are used to this day, are the team colors for the UC Berkley Sports teams!

Early competitor, Gary Erikson, who founded Clif Bar in 1990, pays tribute to the hard-work and legacy that Brian Maxwell laid down in Erikson's excellent book "Raising The Bar".

The first real boom in the sport of triathlon occurred in the late 80's and it coincided with the early years of PowerBar. Long distance races, such as the Ironman triathlon, that for the top competitors take 8 hours to complete, require that competitors take in significant amounts of carbohydrates for them to keep going for that long. Many triathletes were early adopters and fans of the PowerBar product - that gave them 220 calories of carbohydrates in a neatly wrapped, easily transported and easily digested package.

Other endurance sports, such as cycling, soon caught on as well and the growth in the early 90's for PowerBar was impressive! In addition to Clif, a number other companies jumped into the sports nutrition business and by the end of the decade it had become a world-wide, $billion business!

In 2000 Brian Maxwell and his wife, sold PowerBar to world-wide food giant Nestle, for a reported, $375 million. Sadly and tragically, by then a father of six, Maxwell died of a massive heart-attack, in 2004 while out for a short run!

That was a great story and record that deserves to be captured for the future. Thank you for writing that.

Thanks for reading and the kind words. Glad you liked

A great man, but he died in line a the post office, sort of in the middle of a run. The banality of his death made it all the more tragic.